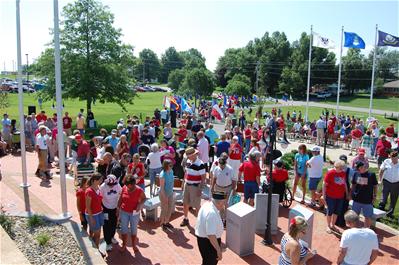 A Cameron veterans group bought land in 1946 with some of it earmarked for a golf course and future memorial. Schools and recreational facilities came first, however, and the Four County Veterans Memorial was delayed until 1990. The wall and tablets honor area veterans who served in America’s four major conflicts and it is the site of Memorial Day and Veterans Day services. Two other monuments honor Cameron’s war dead: Fountains at the high school and downtown McCorkle Park cite two fighter pilots downed over Vietnam.